After ten years of competition at the highest level, he devoted himself to equipping clay pigeon stands around the world.

Jean-Pierre Baron, originally from Tours, began his sports career with archery. For ten years, he collected the trophies there within the French team, until obtaining a 14th place in the Championship of the World of Seoul, in 1984.
He chose clay pigeon shooting the following year, at the instigation of his mother, Jeanne Blot, international champion which displays one of the most beautiful world lists in skeet.
The 3 or 4,000 cartridges that Jean-Pierre shoots under the watchful eye of his mother are convincing: decidedly, our tiger-eyed man.
A decade of competition will follow, within the French team, which will allow Jean-Pierre Baron to build strong friendships with the world's leading stand managers. 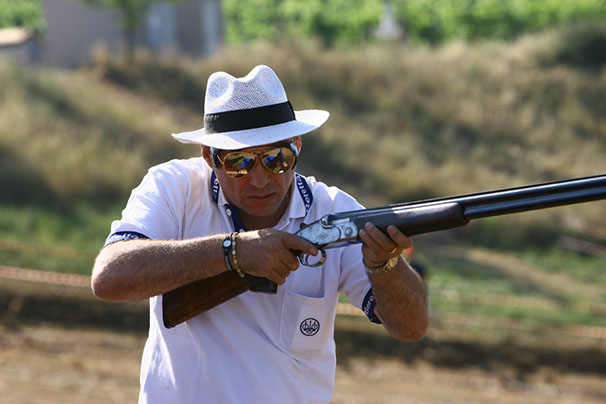 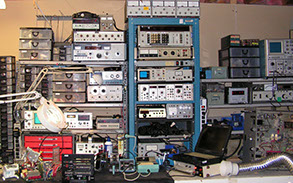 In 1994, Jean-Pierre acquired his own stand, the clay pigeon shooting of Bois des Plantes, in the town of Tours, in Indre-et-Loire, which it equips with 25 "subtly tuned" launchers and 4 compacks that can operate simultaneously.
It is as a business manager that he looks into improving the equipment at his own stand. It finds that he can make significant savings by automating the operation of pullers, that he can obtain notable improvements with voice remote controls and that its box can be secured with generalization prepaid cards.
It is in his workshop on rue Marceau, in Tours, that he designs his first prototypes and deposits his first patents, fully self-taught.
Recognized by his peers for their reliability, their ingenuity (and their price!), His inventions are successful fast, propelling the small Touraine company to the forefront of European operators. 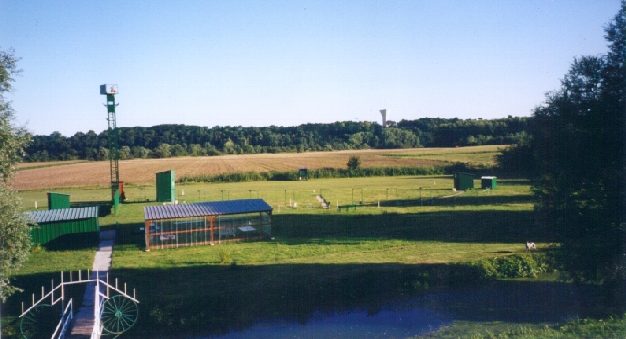 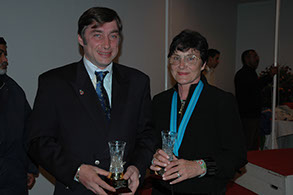 Photo caption: above, Jean-Pierre Baron in competition; in the center, two images of the clay pigeon shooting Bois des Plantes; on the left, the Marceau workshop; below, Jean-Pierre Baron and his mother, Jeanne Blot (photos D.R.).